We invite you to visit our stand 25 at the International Forum Event Industry, which will be held on February 19-20, 2021 in the city of Lviv.

In summer of 2020, a logistic warehouse was installed based on the H-LINE Röder structure, 25m long and 20 m wide.

A temporary tent of Big Tent series with an area of 1200 sq. m. was delivered and installed in Lviv.

In spring of 2020, TENT PLETTAC LLC installed the warm logistic warehouse on the basis of the H-LINE Röder structure, 200 m long and 30 m wide.

In May 2018, Ukraine - Kiev - hosted the UEFA Champions League final among the best men's and women's football clubs in Europe. For this event, TENT PLETTAK has installed a tent camp made of RÖDER awning structures on the territory of the Olympic Stadium to receive guests of honor from Europe. A separate pavilion was installed on the territory of the Valeriy Lobanovskiy Dynamo Stadium for the final of the UEFA Women's Champions League.

There was installed a temporary BIG TENT 20 х 40 meters with floor for an exhibition of agricultural machinery.

After Jamala won the Eurovision Song Contest in 2016 with her 1944 song, Ukraine won the right to host the final part of Eurovision 2017. The organizers were faced with the task of adequately presenting an international contest of a European scale at a high level. And again the help of TENT PLETTAK was required. 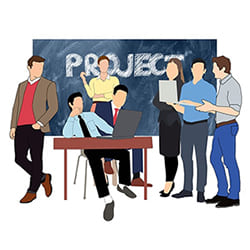